Coping at all cost

Dealing with the second wave, no matter what happens.

Yannick Hansenne, 42 years old, is a nurse at the Mont Legia hospital in Liège, Belgium. In charge of an intensive care unit, he is facing with his teams a second wave of the Covid19 pandemic which is hitting the region of Liège. In just a few weeks, this city has become the epicenter of this second wave in Europe. Called by some the new Bergamo.

Mont Legia is the most recent and perhaps the best-prepared hospital to face this second wave. Intensive care teams have cared for 180 patients with critical conditions for the most part throughout this second assault of the pandemic.
The hospital’s intensive care units have a capacity of 48 beds. At the peak of the second wave on November 1st, 2020 at Mount Legia, 52 patients were being cared for. This compares to 37 patients at the peak of the first wave on April 14, 2020.

To cope, the hospital transformed a recovery room to accommodate 17 additional patients.

To cope, the intensive care services of the hospital received the reinforcement of about 50 nurses coming mainly from the operating room and the general care units. 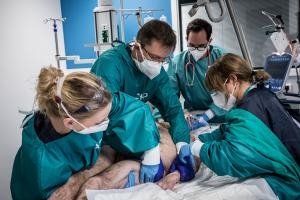 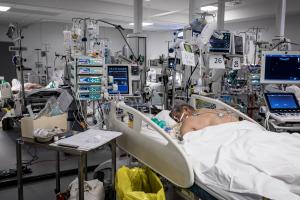 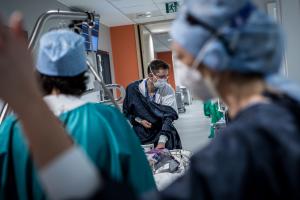 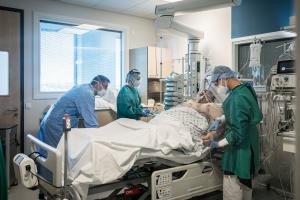 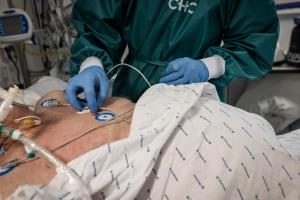 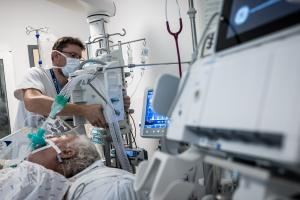 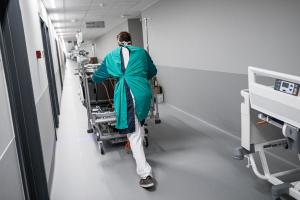 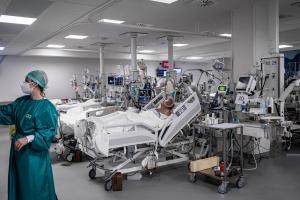 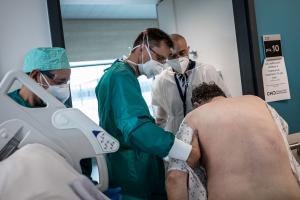 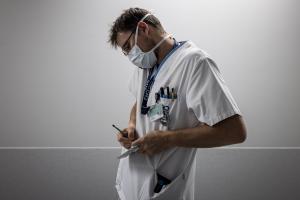 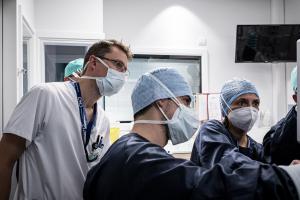 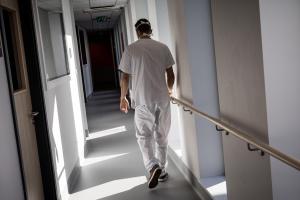 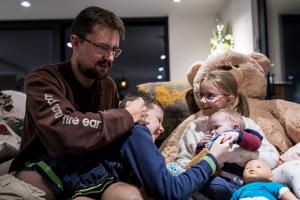 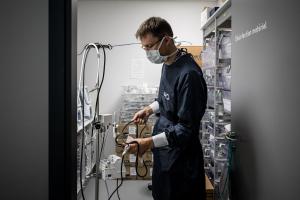 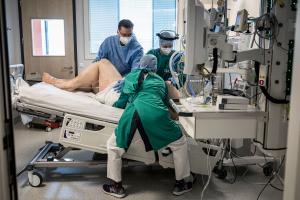 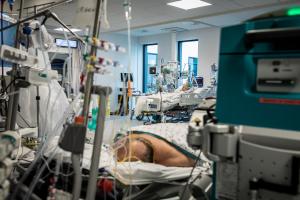 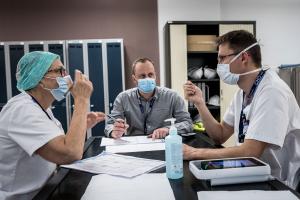 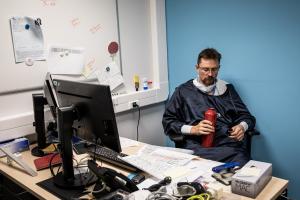 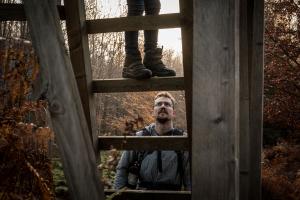 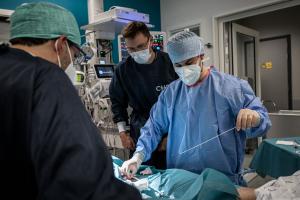 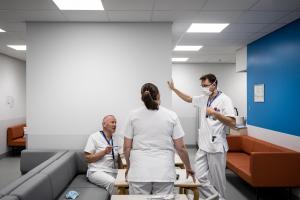 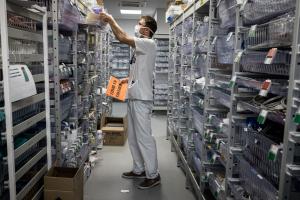 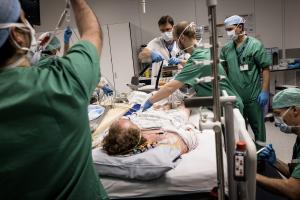 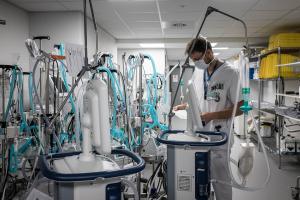 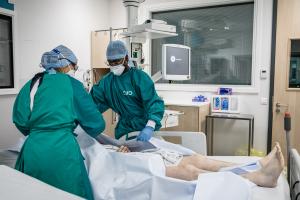 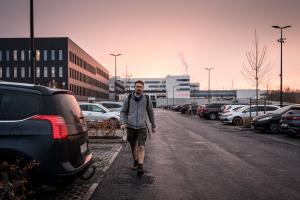 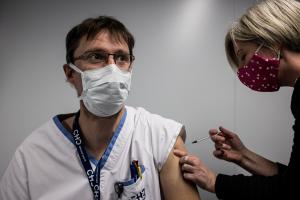 Coping at all cost (cont.)

A usual working day for Yannick, it is a routine arrival in the unit around 7:45 am and a departure around 4:30 pm, but with this second wave of Covid19, it is frequent that Yannick is called back. Start earlier, finish later. The rhythm is intense.
Most of the time, these days are much longer than expected. Impossible to leave the service if the team is overtaken. An admission is announced in the service, Yannick stays and helps.
For more than two months, the services at Mont Legia have been saturated by the arrival of patients with a severe form of this virus.
The most affected patients all have the same profile. Obesity, diabetes, and hypertension. According to all the caregivers we met, this is the trio's favorite form of the virus.
On entering the department, the atmosphere is heavy. Respirator noises mingle with the team members' exchanges. And then these phones ring, this phone that keeps ringing. Yannick carries two of them with him all day long.
Often it's families calling to check on their hospitalized loved ones, and then at other times, it's colleagues from the hospital. Yannick is what we call a referent. He has an impressive knowledge of the equipment, but not only that. For care, often the nurses on the ward call him. Yannick is everywhere. He never runs but Yannick is tall and athletic, the pace is fast. There is a piece missing for a respirator, no worries, Yannick takes care of it. Once there, a family calls, he answers, and in a reassuring and honest tone, he gives the news. As much as possible. Sometimes the words are hard to hear but always realistic.
In front of the screen showing the patients in the ward, he answers. Again and again.
This screen, by the way, is impressive. Most of the patients come from the Mediterranean basin, as their surnames testify. Genetic predisposition? Too early to say. The future will tell.

At home, Yannick's little family is well organized. Father of two children, his wife is also a nurse, and discussions often revolve around the pandemic. After the first wave, Yannick is also well trained and understands the context in a different light. Aware that it's going to last, he tries as much as possible to raise awareness. Beyond the human disaster, what this pandemic has brought to light is the crying lack of means for caregivers. Whether in or out of the hospital, everyone is on the front line with ridiculous means.
Very active in the "Take care of care" movement, Yannick takes every opportunity to alert the press and the public to the disastrous situation they are facing. Going into battle, facing this virus, he is not afraid of that. He is prepared for it, but going there with the right weapons is more useful.

There are few "off" moments during this second wave. But sometimes he takes a moment to enjoy his little family. An announced national holiday, November 11th, is a sign. Date of the armistice in Belgium, a ceasefire in the war against the covid19. A walk in the forest is improvised with the family, amateur of wildlife photography, he embarks his equipment hoping to meet some wild animals on the heights of Spa. In the end, it will be a nice moment when Yannick's family will have lunch in the forest but no animal in sight. Anyway, the moment feels good. Peaceful truce in this daily fight.

To cope, most of the caregivers have shown an exemplary gift, putting their lives on hold to save lives. Some, however, feel they are there to do so. You have to be able to cope with a pandemic. But their job is a job of conviction above all else and saving lives is the most important thing. Saving as many lives as possible. It doesn't matter if the enemy is still unknown. Coping as best you can, no matter what happens.