Inside the Red Zone

February 3rd, 2011. Team of the Heliported Medical Center (CMH) from Bra-Sur-Lienne is called for an emergency on a car crash. Information received by radio is «dead body» found in a crashed car.

The weather is harsh in this region of the Belgian Ardennes, the thick fog this morning that prevents the team from taking off. The cloud ceiling offering not enough visibility for flight quickly and efficiently. 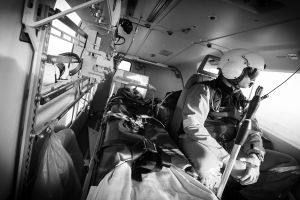 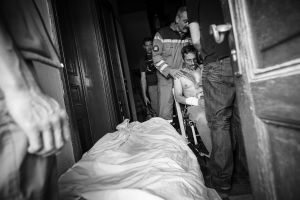 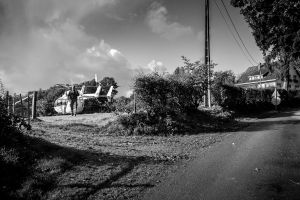 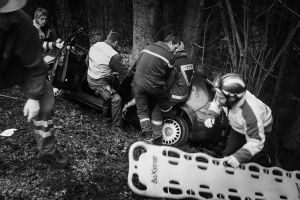 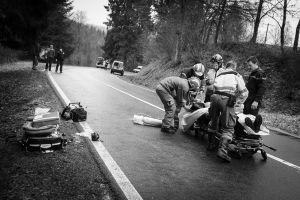 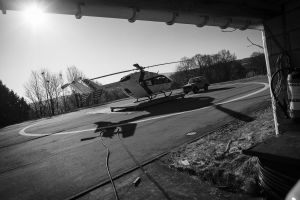 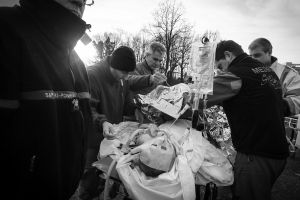 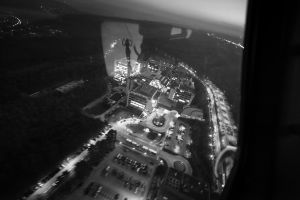 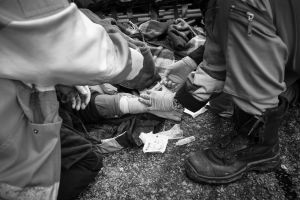 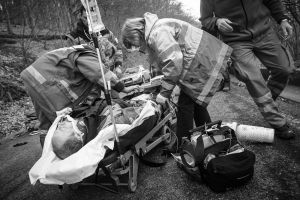 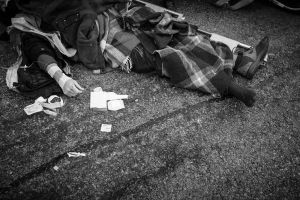 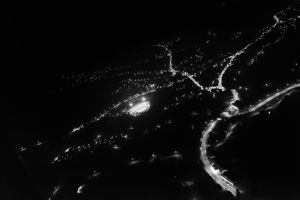 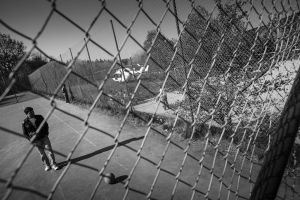 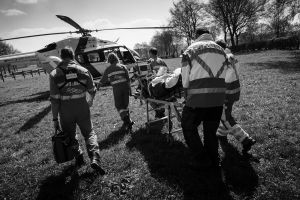 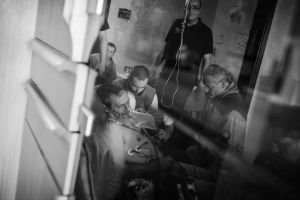 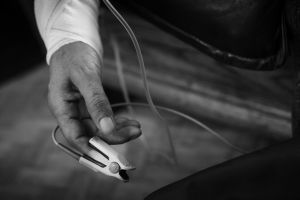 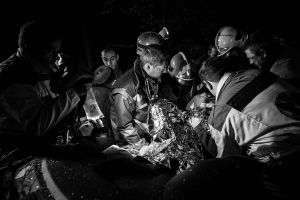 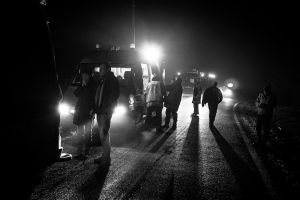 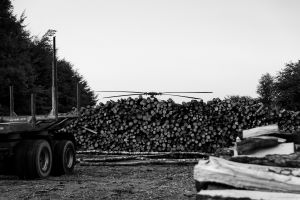 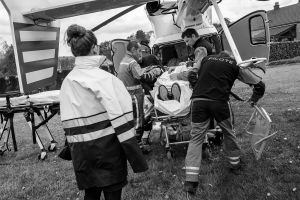 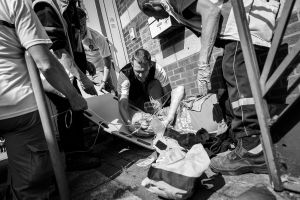 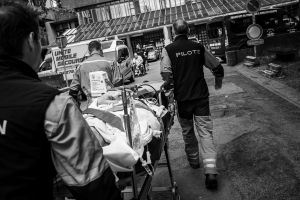 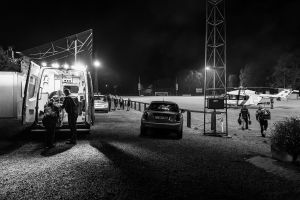 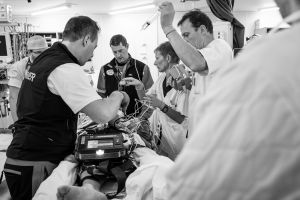 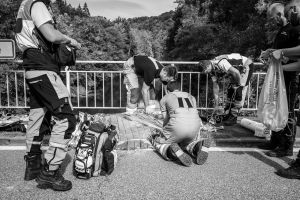 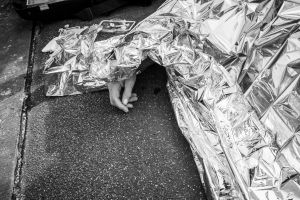 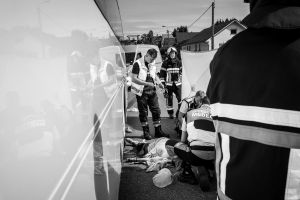 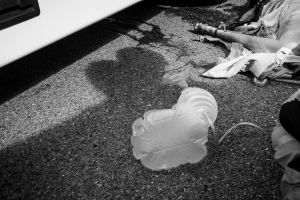 Next: Victoire, shared moments with a wonderful person

Inside the Red Zone (cont.)

The team, comprising a doctor and a nurse will take the SMUR. The pilotremaining at the Medical Center awaiting for a more appropriate weather to fly.

Once on site, it appears that the vehicle slid off an icy road, the car is down the road, pushed against a tree. The engine is still running and the patient breathing.

We must act quickly, the ceiling of the vehicle is crashed into his face and he has some problems to breathe.

We are not alone in having problems with the weather, firefighters are overdue and the CMH team must take the decision to leave the victim with his own. The nurse decides to break the glass with the means at hand.

Now that the glass is broken, they have to put an intravenous line in order to stabilize as fast as they can the state of the victim.
Firefighters finally arrived but the CMH team already activated around the patient, even the road. It should be taken along as quickly as possible to the nearest hospital.

Dr. Didier Moens, Medical Team Leader of the CMH, called the pilot remained at the Medical Center to understand the evolution of the weather, hoping a possible flight.

Impossible, the cloud ceiling is still too low and it gets worse towards the hospital CHU of Liège. Land transfer is required under these conditions.

In this region of Belgium, we are in the "Red Zone". This corresponds to a coverage identified as being unavailable for any emergency medical aid urgently within 15 minutes.

The geographical position of the Heliported Medical Center from Bra-Sur-Lienne allows you to meet any need of urgent medical assistance in less than 15 minutes on a coverage radius of 33 municipalities and nearly 250,000 inhabitants.

In this February 3rd, 2011, weather prevents the helicopter transfer and transfer by ambulance will take longer than 45 minutes. Unfortunately,the patient will be declared brain dead on our arrival at the hospital of the University Hospital of Liège. He died the next day.

Where the ambulance took 45 minutes, we would have arrived at the hospital in less than 15 minutes with the helicopter.

These few lines have just describe my first intervention along the Team of Heliported Medical Center from Bra-Sur-Lienne.

This allowed me to see how this is a motivated and professional team. Every action is measured and precise.

But above all, a team that has "patient first" as its watchword.

Well, I hope the following pictures will show you the dedication and humanity that inhabits this team.

This is a story in progress, started in October 2010.